GLOBALLY, there are 23 vulture species occurring in two distinct groups: 16 species in the family Accipitridae in the Old World (the continents of Africa, Europe and Asia) and seven in the Cathartidae family in the New World (the Americas and the Caribbean region).

Biologically, the two groups are not closely related, although they share many physical features and behaviours because of convergent evolution. New World vultures, once considered closer to the stork family, are also called buzzards.

There are 16 species of Old World, or African- Eurasian, vultures, occurring in nine genera. Of these, nine species are solely resident in, or migrate regularly to and from, the African continent (see species accounts below), while just three –White-headed Vulture, Hooded Vulture and Cape Vulture – occur only in Africa.

Once widespread and ubiquitous on the continent, vulture numbers have plummeted in recent decades with declines in several populations of African vultures reduced by a staggering 95% over the last few decades, resulting in “an African Vulture Crisis”.

Particularly worrying is that six African vulture species have seen their Red List status worsen in recent years; none has improved, and that is unlikely to change soon. 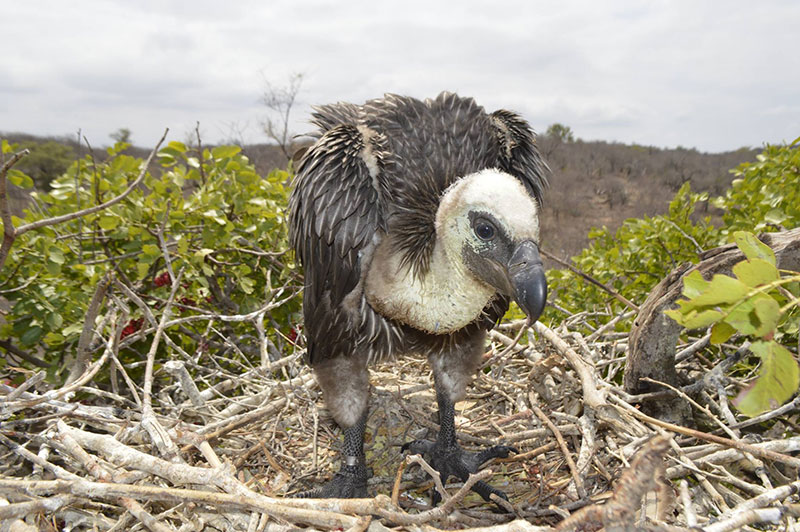 Gyps africanus was first described by Salvadori in 1865 in the raptor family of Accipitridae.

Once the most common and widespread of the vulture species on the continent of Africa, the White-backed Vulture population has declined extremely rapidly, by over 90% throughout its range.

All threats and fatal incidents such as persecution, poisoning, habitat loss, reduced and contaminated food and harvesting for cultural practices, are compounded due to the gregarious nature of this species.

African White-backed Vultures are more vulnerable to anthropogenic disturbance, nest harvesting and capture as they are arboreal nesters and social roosters. 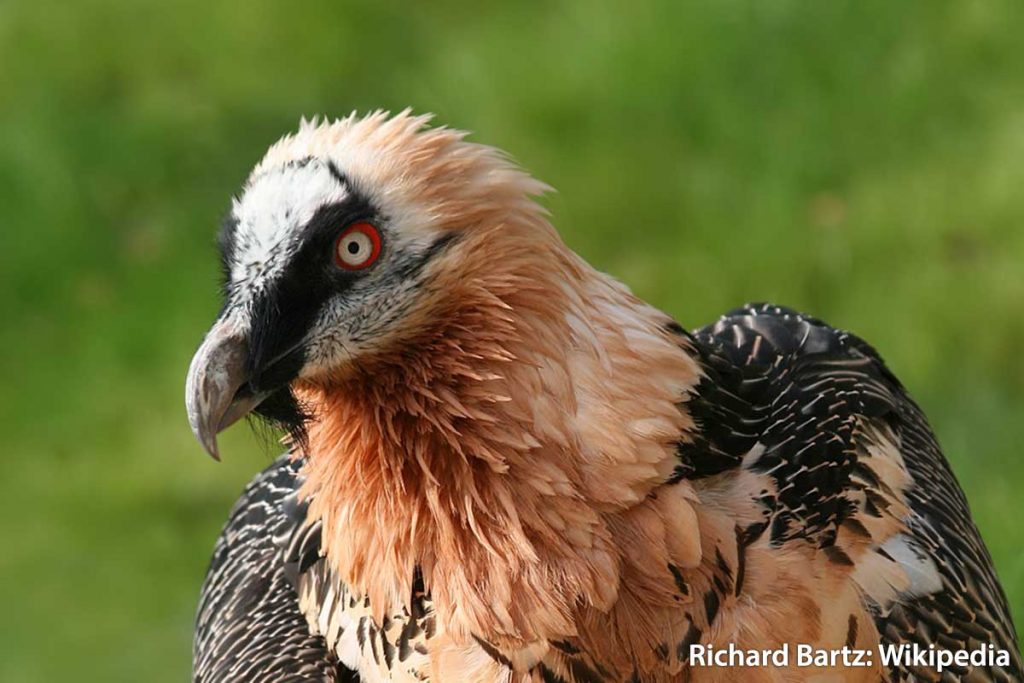 Gypaetus barbatus, belonging to the Accipitridae family of Aves, was first described as Vultur barbatus by Carl Linnaeus in 1758.

The misnamed Lammergeier is primarily a bone-eating vulture inhabiting remote mountainous areas. This widely-ranging species is restricted to the Maloti-Drakensberg region of South Africa where it is severely under threat due to collisions with power lines and wind turbines. 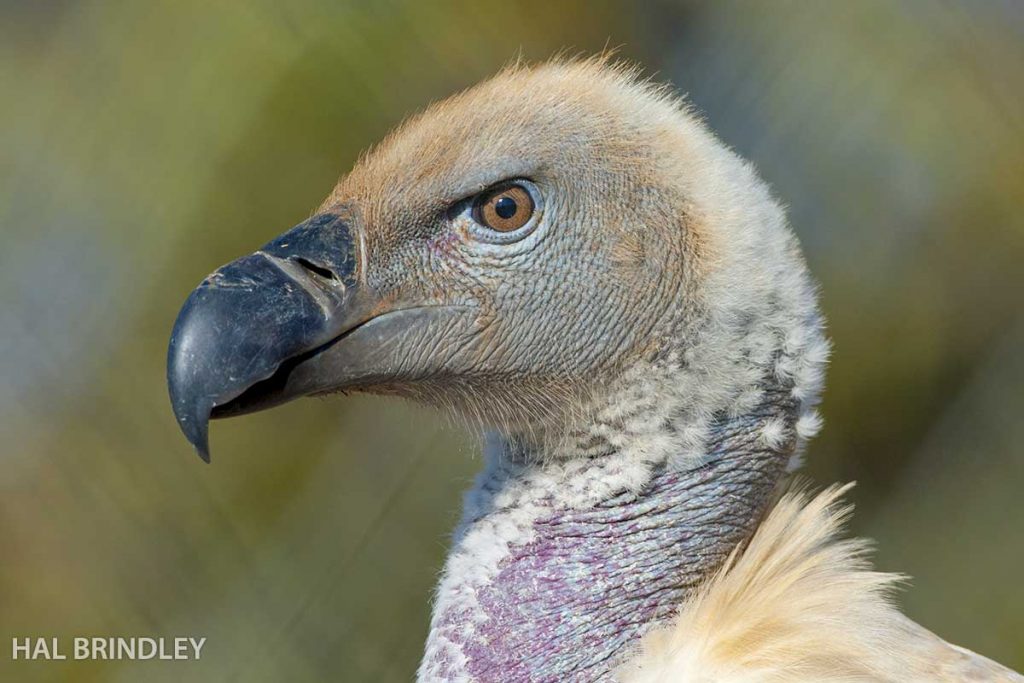 Inappropriately described as the dung-consuming Vultur coprotheres, by JR Forster in 1798, Gyps kolbii is a previous synonym for this griffon of Accipitridae.

The Cape Vulture is the region’s heaviest vulture and the only endemic resident vulture of southern Africa.

As it no longer breeds in Namibia, Swaziland or Zimbabwe, South Africa is the last stronghold of breeding colonies with small populations remaining in Botswana, Lesotho and Mozambique.

Contamination and shortage of food, electrocution and collisions with electrical power lines, use in traditional medicines, poisoning, collisions with wind turbines and toxic veterinary drugs for livestock and pests are some of the various threats affecting this species.

As gregarious, cliff-roosting and wide-ranging scavengers, any fatal or negative impact affects a large proportion of the population 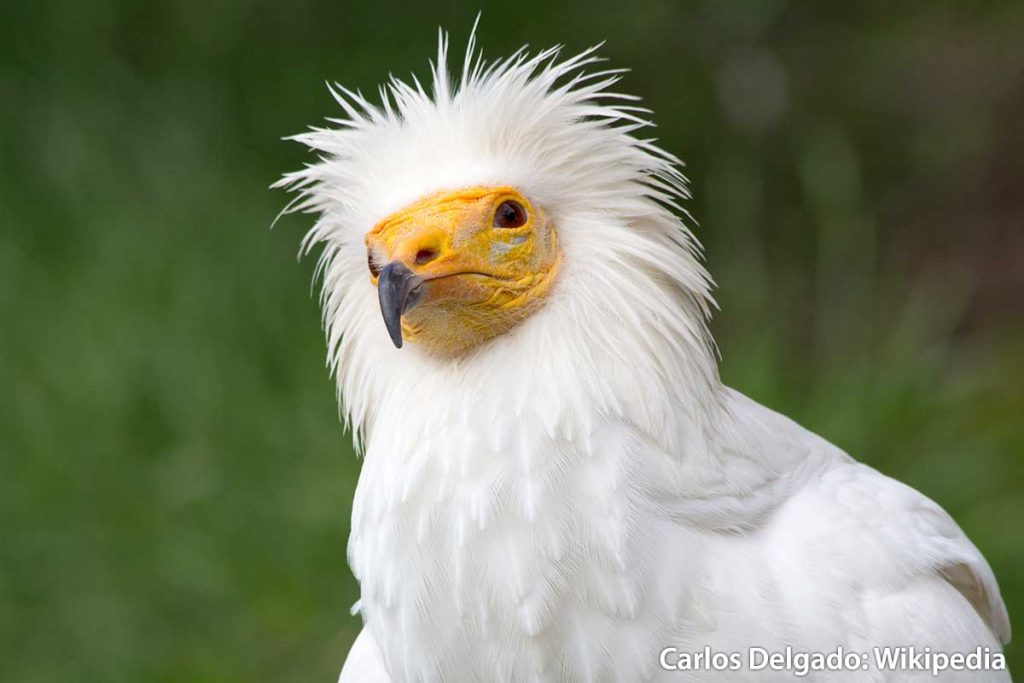 Originally described as Vultur percnopterus by Carl Linnaeus in 1758, the current genus of Neophron is thought to represent the oldest evolutionary lineage of vultures in the Accipitridae family.

Once widespread in the interior of South Africa, the Egyptian Vulture is now only a rare vagrant and regionally extinct in southern Africa while declining in all parts of its northern African, European and Arabian range.

The broad diet of carrion, vertebrates and eggs contributed to this species’ extinction due to competition, reduction of ungulate herds and persecution by farmers. 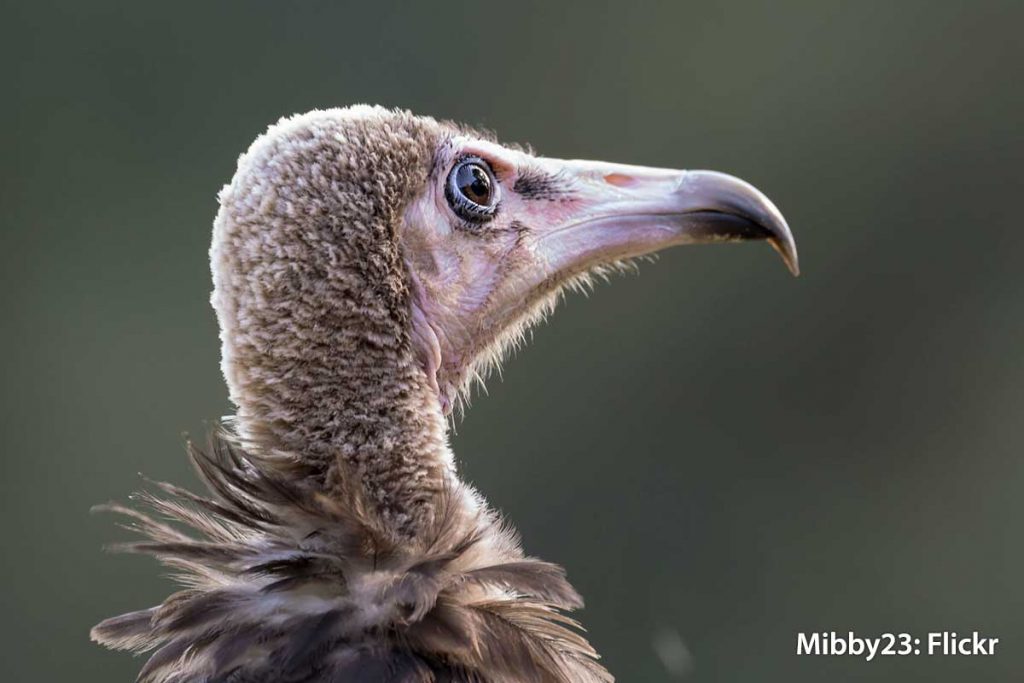 CJ Temminck described the Hooded Vulture in 1823. This species is currently the only member of the genus Necrosyrtes in the Accipitridae family of Aves.

This diminutive species is native to sub- Saharan Africa with rapid population declines recently observed across its entire range.

The rare Hooded Vulture is now confined to protected areas of the Lowveld in South Africa as a woodland scavenger of carrion, insects and offal.

Although vulnerable to the same threats as the other African vulture species, the Hooded Vulture is the main target for bushmeat and traditional medicine in Central and West Africa, where it is associated with human settlements, while direct persecution and non-targeted poisoning are additional threats throughout its range. 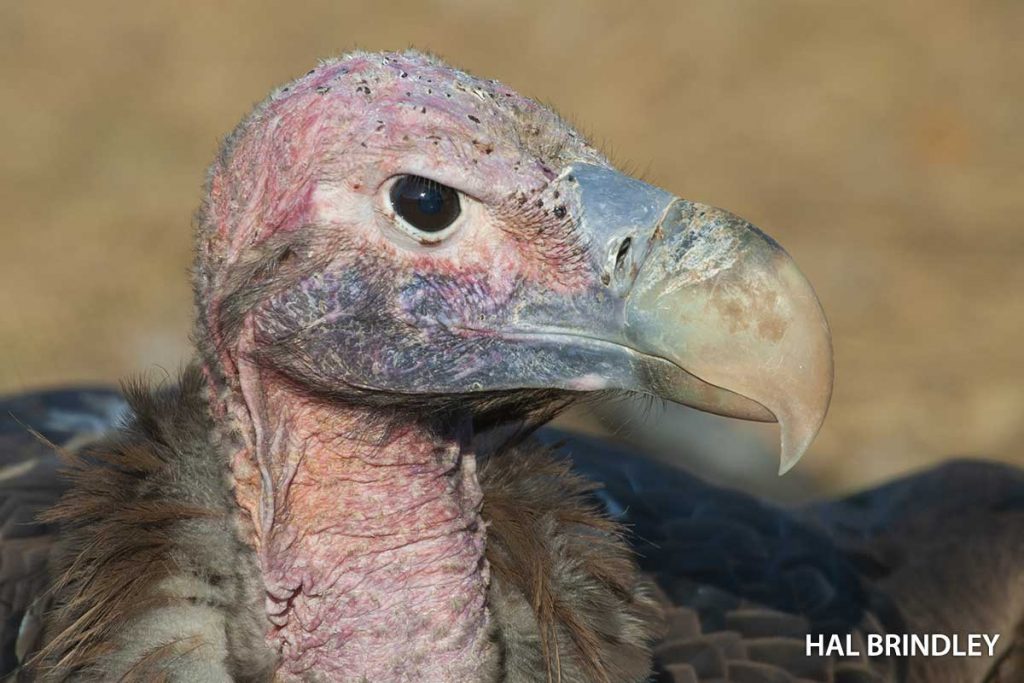 Originally described as Vultur tracheliotos by JR Forster in 1791, it is the only member of the Torgos genus and is also known as the Nubian Vulture.

The Lappet-faced Vulture is Africa’s largest vulture with the widest wingspan of 2.5-2.9 metres. Its Pan-African and Arabian distribution includes savannah, desert and mountainous areas where it is predominantly a scavenger but is known to hunt a variety of small vertebrates.

Various types of poisoning are arguably the greatest, most immediate threat to this species in the form of accidental poisoning from predator control and the deliberate poisoning for traditional medicine. Persecution of this species as perceived predators and poaching sentinels is widespread throughout its African range .

Other major threats include nest predation, nest disturbance, habitat loss and loss of food availability due to reduced wild ungulate herds, habitat conversion to agriculture and competition for nesting trees. 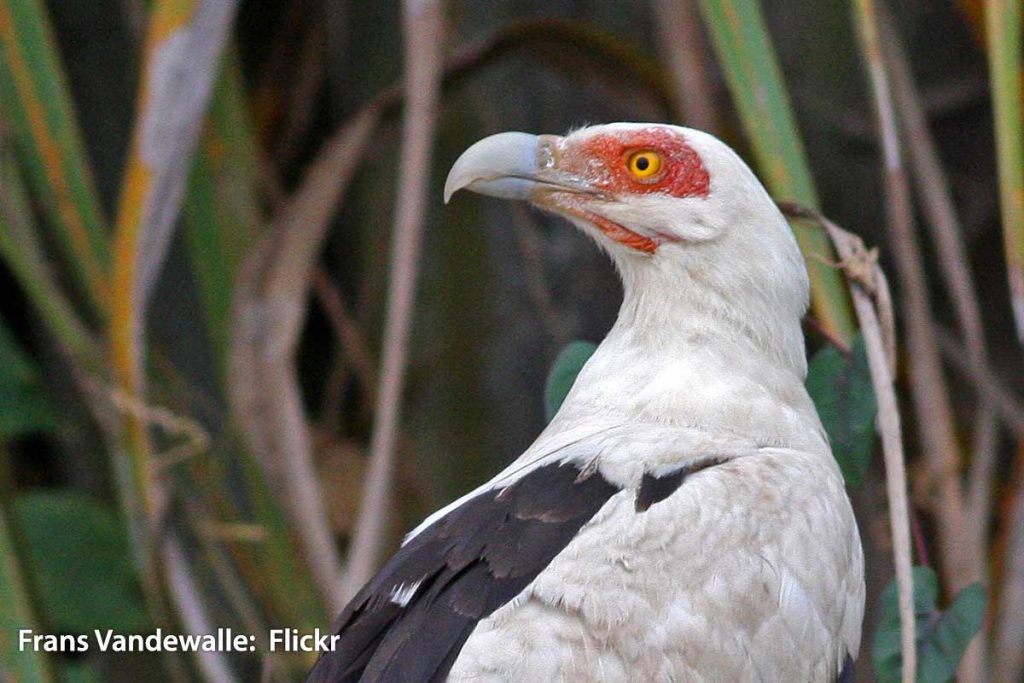 This “vulturine Fish Eagle” was first described by JF Gmelin in 1788 and is the only member of the genus Gypohierax.

The Palm-nut Vulture is the only African vulture listed as ‘Least Concern’ by the IUCN, with stable population trends observed.

Common and abundant throughout Central Africa, this species is at the end of its distributional range in South Africa, thus only found along the eastern coastal forests of northern KwaZulu-Natal.

Although it is not directly persecuted, the Palmnut Vulture is affected by habitat loss through the expansion and frequent harvesting of oil palm plantations. This results in increased disturbances and reduced nesting opportunities. 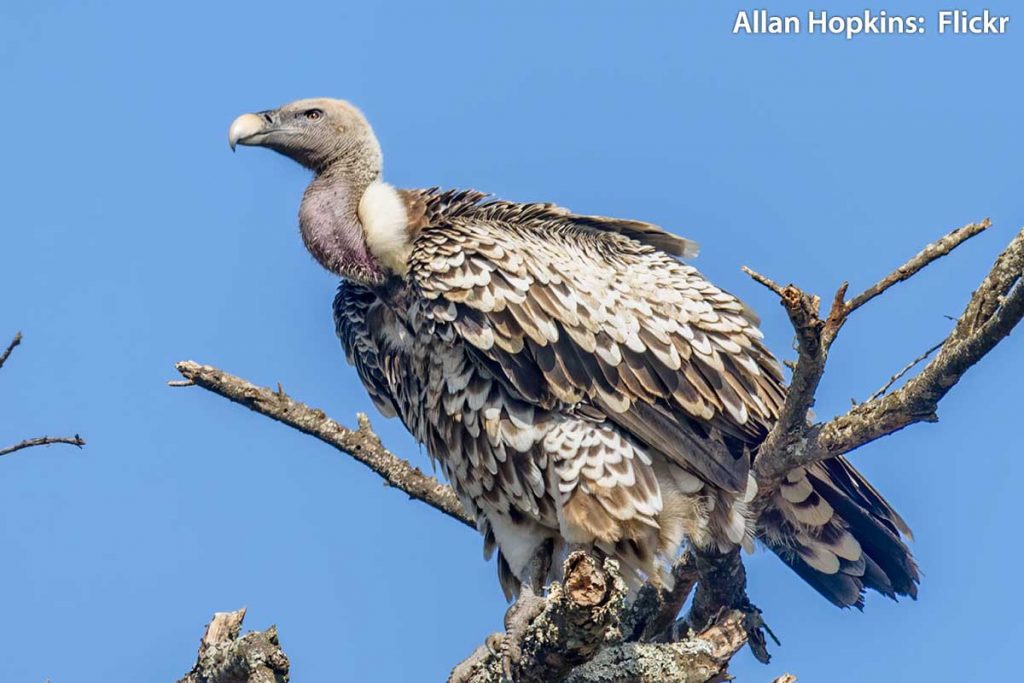 Named in honour of German explorer and zoologist, Eduard Rüppell, this vulture was first described by Alfred Brehm as belonging to the Accipitridae family in 1852.

Significant declines of 97% of this once-common species have recently been observed throughout its Pan-African range.

The Rüppell’s Vulture is the highest known flying bird and only a rare vagrant in the southern African region.

Due to its gregarious nature and formation of breeding colonies on cliffs, it faces similar threats to the Cape Vulture, such as reduction of ungulate food resources, habitat conversion, persecution and poisoning.

Direct poisoning for traditional medicine, bushmeat and wildlife trade as well as indirect poisoning from toxic veterinary drugs and pesticides are having significant impacts on the rapidly decreasing population of Rüppell’s Vulture. 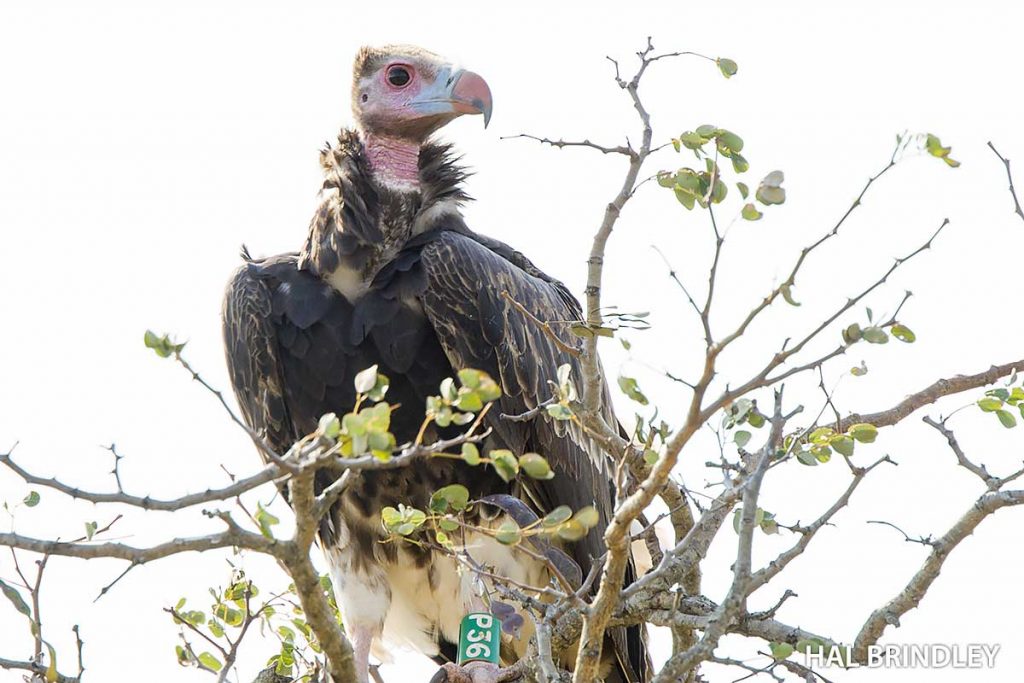 Trigonoceps occipitalis was described by WJ Burchell in 1824. Genetic evidence suggests the genus should be merged with Aegypius (Wink & Sauer-Gürth 2004).

The monogamous and territorial White-headed Vulture is experiencing a rapid rate of decline across its western and southern African range (Ogada et al. 2016, BirdLife International 2017).

It is now largely confined to protected areas within the Lowveld and Zululand as it avoids human habitation and is highly sensitive to land-use (Hancock 2008, Taylor et al. 2015).